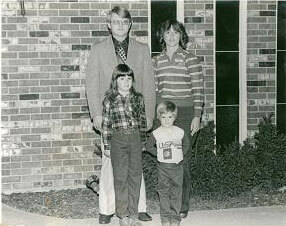 In the Fall of 1967 Gerald Martin Jones decided upon a career in the Funeral Business. After springing the idea on his parents, Shelby, Jr. and Elaine Martin Jones, he got the encourgement he needed to go for it. So Gerald decided to go to W.G. Hardy Funeral Home on Dixie Highway in Louisville, KY. After talking to Mr. Hardy about his interest and future in the funeral business, Gerald landed his first job in December 1967. While still in high school Gerald would work evenings and weekends until he graduated from high school in May 1968. Gerald enrolled and graduated from the Kentucky School of Mortuary Science after he graduated from high school.

In September of 1969 Gerald married his high school sweetheart, Janice Wynona Watkins. The Jones’ early days consisted of Gerald working at the funeral home, Jan working at Beacon’s Department Store, and living in an apartment above the funeral home.

In 1971 Gerald took a job with Sid Rogers, owner of Rogers’ Funeral Home, to manage Mr. Rogers’ funeral home in Clarkson, Kentucky. The Jones’ spent 8 ½ years in Clarkson and while there their family increased by two with the birth Melissa Dawn Jones and Gerald (Marty) Martin Jones II.

The Jones’ wanted to buy into Rogers’ Funeral Home, but that was not to be, so Gerald and Jan began to look for a funeral for sale. In the summer of 1979 they discovered that a funeral home was for sale in Morgantown, Kentucky. Gerald and Jan started to put their heads together to figure out how they could afford to buy a funeral home located in Gerald’s hometown. As the result of many meetings with lawyers and creditors Gerald and Jan purchased their funeral home. 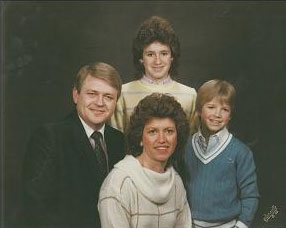 Gerald and Jan had achieved a life long dream of owning their own funeral home with the added bonus of it being able to raise their family in Gerald’s hometown. The first order of business was changing the name of the funeral home to Jones Funeral Chapel.

Gerald took care of the funeral business while Jan worked for Headstart. Jan received her funeral directors license in 1987 and started working at the funeral home full time in 1990.

Since 1979 Jones Funeral Chapel has changed in several different ways including the outside appearance of our building, the remodeling of our sanctuary, and the addition to the original building. All of our changes are due to the community support we have received over the years.

The Jones Funeral Chapel is the only Family owned and operated funeral home in Morgantown. The Jones family and staff are always looking for ways to better serve you. We are your friends before, during, and after the service and we want to maintain that relationship well into the future. Jones Funeral Chapel is committed to this community and with Marty and Missy being second generation Funeral Directors and Marty being a second generation embalmer we will strive to serve this community as well as Gerald and Jan have over the last 23 years.